Seriously - another standard plugin for viewing video on the web? 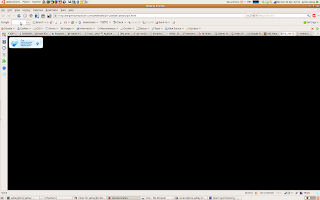 I was trying to view some content via Gilad Bracha but it wasn't easy enough to do and I can't be bothered with it.

Email ThisBlogThis!Share to TwitterShare to FacebookShare to Pinterest
Labels: microsoft

So it begins. Took the boys climbing today, of sorts. I thought Callum was ready for it; Connor less so, but organisational issues being how they are, I had the big two while Al was off with the little one.

The venue was Brant Fell. I'd gone there the previous day and done pretty much everything apart from the traverse and a fingery eliminate at about Font 7b (similar to Perfect Day direct at Gardoms, but smaller holds. Failed with a bad split tip, same as the last time I tried Perfect Day! I think that's related to Callum's steroid cream thinning my finger-tip skin). Callum was pretty happy, romped up 3 short things. Connor, not so happy. He tied on, but then didn't like it so bailed. He then tried to solo stuff instead. That boy!

Posted by James Abley at 9:46 pm No comments: